What Was Going On 14 Years Ago 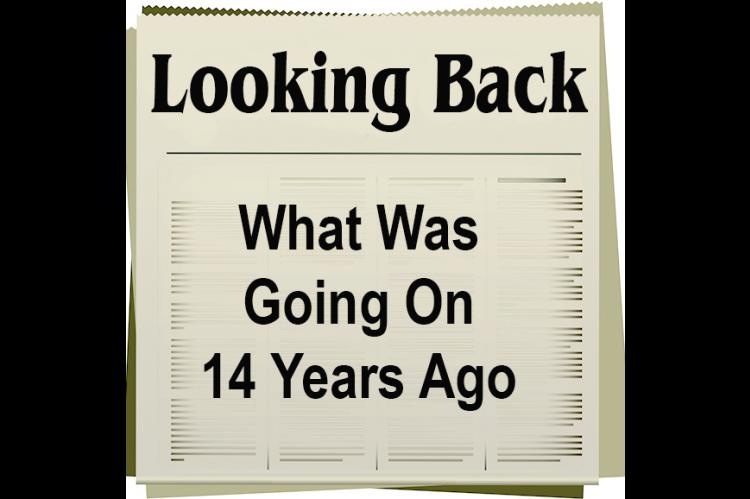 Stockton Police Chief Don Jenkins, Jr. informed the Sentinel that a Stockton Grade School student had confessed to creating the bomb threat that took place at the school on May 11, 2006 forcing the evacuation of students, staff and administrators in the elementary and high schools. According to Jenkins, the student confessed to the grade school principal, Elton Armbrister. County attorney Ed Hageman said charges of Criminal Threat and Causing the Evacuation of a Public Building had been filed. Jenkins said the school may also file sanctions of its own.

A fly-over was scheduled on Memorial Day by a KC-135 aerial tanker from the 184th Kansas Air National Guard Wing stationed at McConnell AFB in Wichita.

Jamie Prockish was named Valedictorian of the SHS Class of 2006, while Savannah Lowry was Salutatorian.

The seventh annual Swing Into Summer Festival, sponsored by the Stockton Area Chamber of Commerce, was Saturday, May 27th.

The Grand Opening for the Stockton Area Train Club was to be held Saturday, May 27, to coincide with Stockton’s Swing Into Summer Festival.

Logan Bennett set two personal bests and was the sole qualifier for the State Track Meet. His jump of 6’4” in the High Jump earned him a gold medal, while his leap of 42’0” in the Triple Jump was good for third place at the Regional Track Meet held in Hill City.

Live I Sports, LLC announced a revolutionary product that U.S. racing fans woudn’t be able to get anywhere else. Former Stocktonite Doug Stewart, Live I Sports’ founder, said the company is thrilled to be one of the first to not only broadcast racing live, but also to capture a global racing audience. For $5 per event, fans would be able to log-in online and watch the AMA championship live, on-demand. This was revolutionary technology that was sure to close the gap between television and the Internet, according to Stewart. And So They Say — Cecil Haines: “When I first started working in the oilfield, oil was $3 a barrel and wheat was $3 a bushel.”

Held over for a second weekend at the Nova Theatre was the DreamWorks production of “Over The Hedge.”

Looking Back 14 Years Ago, Spotlighting the Year... 1992 — Several local merchants were talking about a Half-Price Saturdays promotion. A balloon released from the Solomon Valley Manor had been found in Michigan. The Sentinel had a brand new column: Kansas Klips. A Silver Jubilee of Ordination was being planned by the family of Fr. Duane Gary Roy.

56 Years Ago, Spotlighting the Year... 1950 — The community was shocked as it had not been shocked for years when the news flashed over town that M. C. Tripp had taken his own life on May 18. A note he left gave ill health as the reason for the act. From The Feminine Slant by the Office Cat: No two people are exactly alike, and that is something for which to be truly thankful.

What Stocktonites Were Doing 98 Years Ago, Spotlighting the Year... 1908 — Lucky Bill’s show drew out a good crowd, who were amply repaid by the wonderful intelligence displayed by Cupid, the Shetland pony. The remarkable animal can tell the time of day to the minute by looking at a watch, can express numbers even to four figures, can add, subtract and multiply small numbers, and in many aspects has the intellectual grasp of a small child. Cupid alone was worth the price of admission.

May 6, 2020 - 05:43
SOCIAL DISTANCING FISHING—William Bigge, age 8, Stockton, begged his father, Curt Bigge, to take him fishing last Tuesday, April 28, at the Webster Lake Stilling Basin. With his effort, William reeled in a largemouth bass weighing 6 pounds, 11 ounces. According to his mother, Rebecca Bigge, “Finding things to do with your kids during the long days at home has been a challenge for everyone.” This probably won’t be the last time William begs his dad to go fishing!
END_OF_DOCUMENT_TOKEN_TO_BE_REPLACED